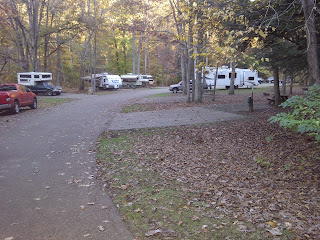 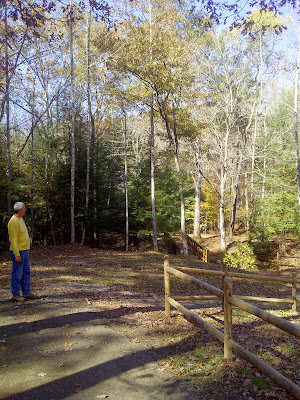 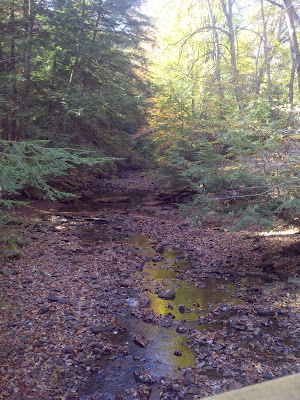 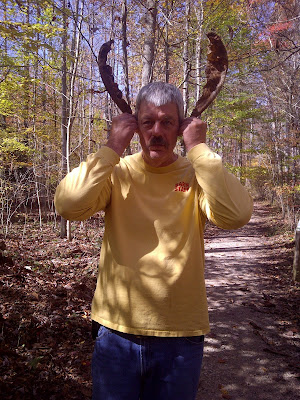 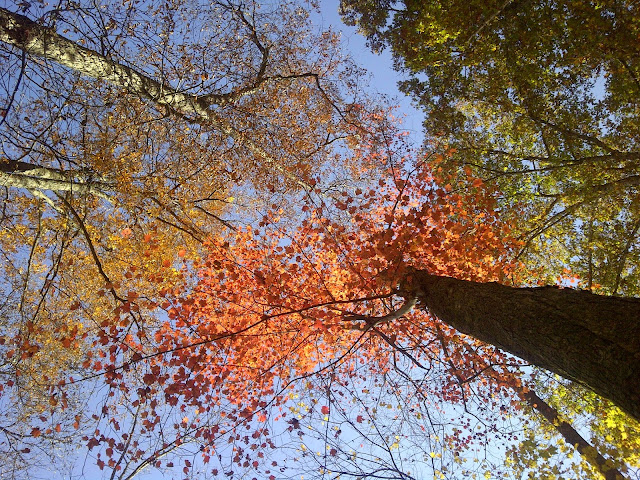 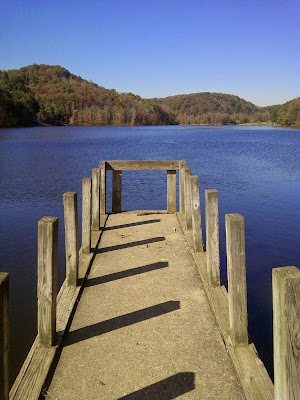 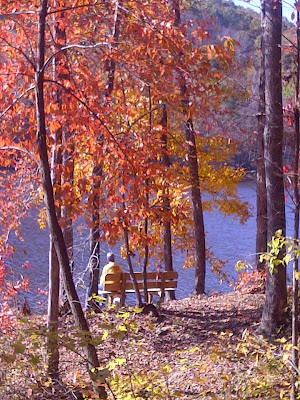 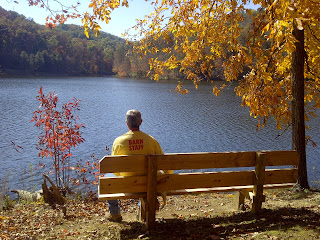 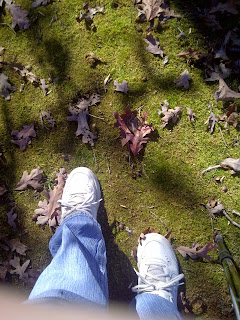 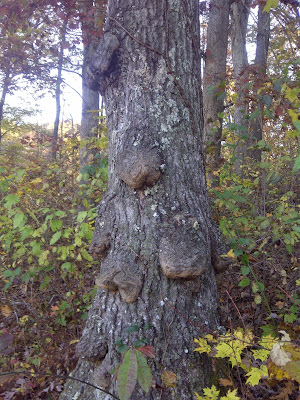 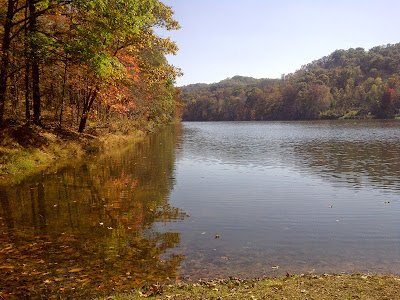 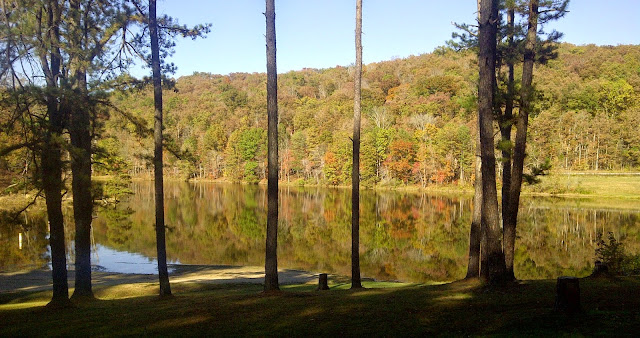 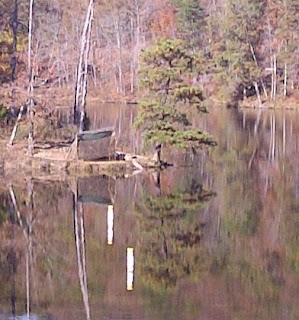 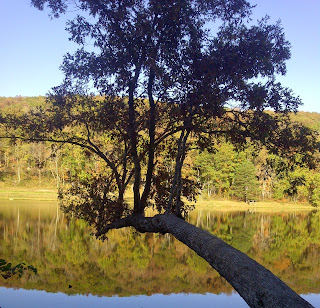 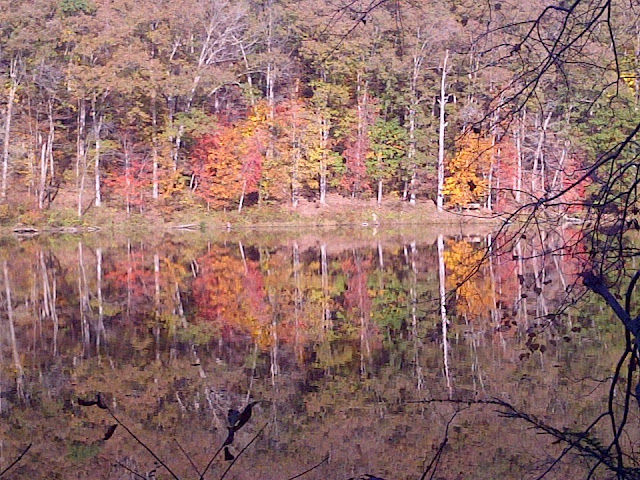 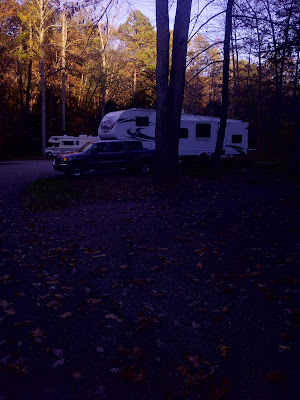 Note to campers: the electric on these sites was by the road instead of at the back of the pad.
If you're newbies, make sure you have extra length on your power cord.
We now carry 75 feet! Next time we can get farther off the road.
Posted by Lillian Robinson 1 comment:

The hubby and I recently took an almost-month-long trip to Florida. I'll be sharing that adventure next time. However, you can read about one exciting evening I had HERE on my writer's blog.
Let me start sharing our travels with our first of two short trips... 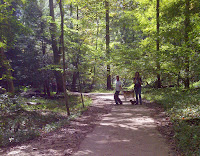 Last fall, shortly after we bought the RV, some friends got married at Hocking Hills. This photo is the happy couple with their fur babies.

Ohio has a lot of beautiful scenery, and Hocking Hills is right up there at the top! Since it is less than 100 miles from home, we thought this was a perfect 'trial' trip to haul the mini-house. 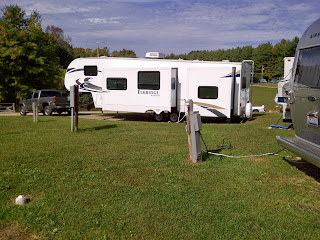 I grew up camping and boating.
It has changed. A lot.

Instead of staying at the State Park, we chose a private campground with full hook-ups. We learned a lot from this experience. We now carry lots of extra wood for leveling, along with 75 feet of electric cord and water hose. Full hook-ups (sewer) is a waste if you're not staying more than a few days.

So many private campgrounds we've seen are wide open fields, with campsites crammed together. Other wedding guests were camping next to us and were in awe of the 'great outdoors'. We felt like we were back in the city! It will be an adjustment for us, since we're used to not even seeing another human being from our house. We are spoiled. We can't even see our neighbors house until the leaves fall. But, on the upside, we can see and do wonderful things while taking our beds, kitchen, closets, etc. with us! I do love traveling with a fifth wheel!

Across the road from this campground was a very old church and cemetery.  I would have loved to explore the markers, but we didn't really have time, and I don't think anyone is allowed inside the fence. If we go back to that area, I will definitely check it out! 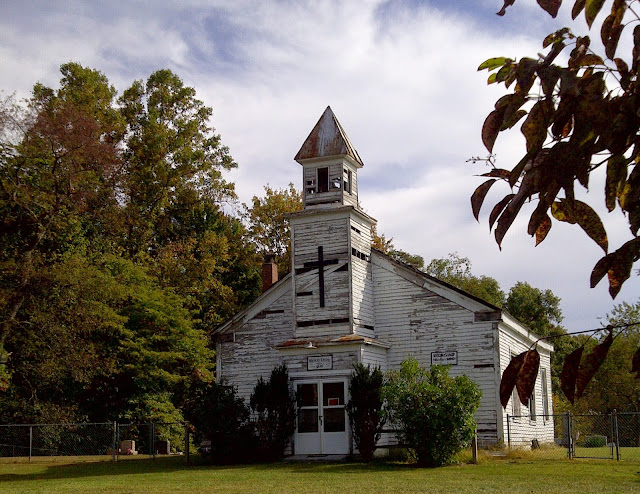 I would love to turn this place into a home! (If I had the money, and there wasn't a cemetery in the lawn.) It's sad to see something so beautiful become an abandoned eyesore. 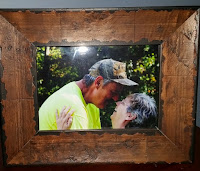 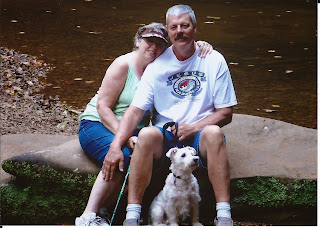 Even though it was their wedding,
we got the gifts! The bride so loved this shot of me and Ray dancing that she had it framed for us. She also slid in another shot of our hiking family.


We learned another valuable tidbit on this trip: we need a better camera! I took most of our photos with my old Blackberry Torch that has been dropped in the barn so many times, the paint is chipped off the case. The camera has seen better days, so I apologize about the quality in these next photos.

This is the main attraction for some.
There was a drum circle performing this day. 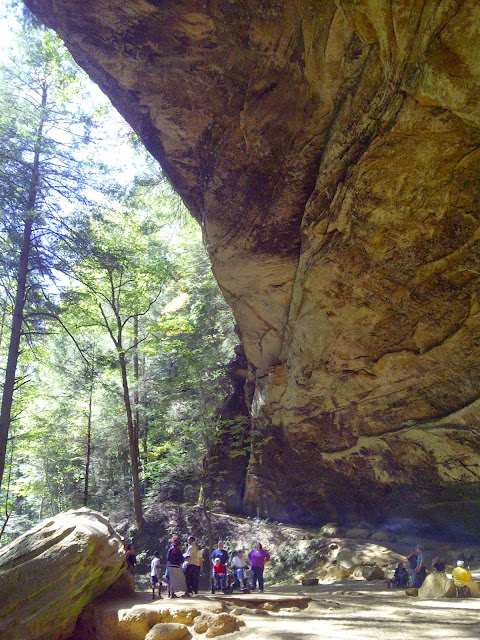 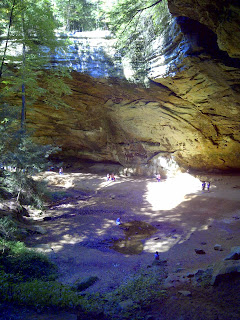 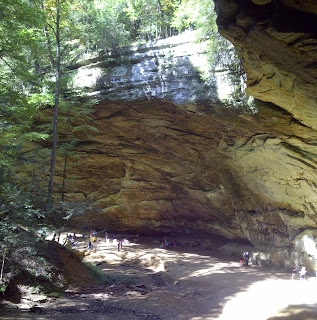 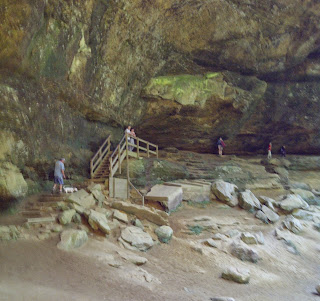 Of course, I took many shots
of my two favorite guys.
That's hubby with Boo
below the stairs. 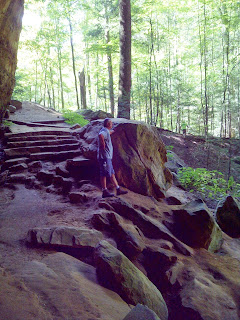 I love the rock formations
along the paths. Wouldn't
this be a beautiful backyard?

This big boulder is perfect
for a serious thinking spot. 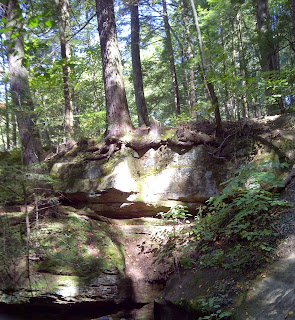 As found in many of the gorges
in our home area, trees shoot tall
from the very edge of the rugged cliffs.

I love how the exposed roots
seem to be gripping the rock.

A few trees will even start
growing out the bottom! 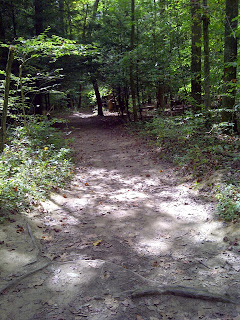 Hocking Hills has miles of beautiful trails.
Whether you like rugged terrain
or wide easy pathways, there is
plenty of room to explore here.

This area is very popular in the fall
when the leaves are in full color.

We will definitely be back!
...with a better camera.
Posted by Lillian Robinson 3 comments: