A dear friend of mine recently wrote that there were no bloggers in Iowa.  I don't know about blog writers, but I know Iowa has blog readers.  I've been visited by Adair, Cedar Rapids,Sioux City, Waterloo, Council Bluffs, Redfield, and Bradgate, Iowa.


In a past post I wrote about my addiction to my tracking widget.  I really love seeing the cities around the world that visit my blog.  I started keeping track of which states have visited.  It didn't take long to add around forty states to my list...   Slowly the final states have been showing up one-at-a-time... except for three:  Delaware, North Dakota and Rhode Island. 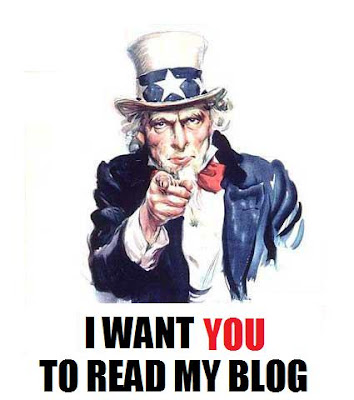 It seems strange to me that my blog has been visited by Malaysia, Iran, Nigeria, and Bahrain, but not by Delaware.  I know there are lots of computers in Delaware.  They have to have them to keep track of all the credit card accounts.  Maybe Rhode Island is too small to have its own internet hub.  Is that possible?  That would explain it not showing up on my widget.  North Dakota?  I've never been there, but I want to visit it someday.  I imagine if I lived in a place like North Dakota, perhaps I wouldn't be spending my spare time reading blogs either.  I'd be out riding the range on Nekoda or Maggie.  Or maybe huddled by the campfire watching the sunset with Sadie.  (If you don't know Nekoda, Maggie and Sadie, click HERE)

If you are reading this, and know anyone in Delaware or Rhode Island, have them stop by my blog so I can feel some sense of achievement.  North Dakota has an excuse...
Posted by Lillian Robinson 4 comments:

I have an obsession...  Well, I have more than one, but I'm only going to talk about one for now...  My tracking widgets have turned me into an OC monster! 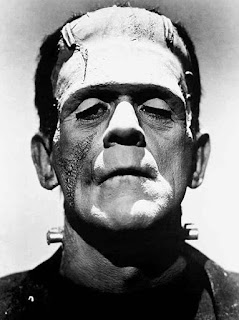 Well, maybe not THAT kind of monster.  More like this... 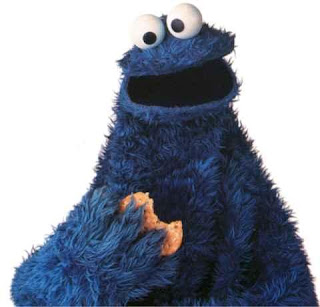 I have the same tracking widgets on all three blogs.  My visitor counter from pax.com keeps a running total of visits to my blog.  I don't know why I have it there.  I'm convinced it's not accurate, and I rarely look at it. I use the ClustrMaps widget to keep a record of all the countries that have visited my blogs.  I seldom check it either, but I like it anyway.  But honestly, the widget that I blame for my obsessive/compulsive behavior is the MapLoco widget at the bottom of the page... 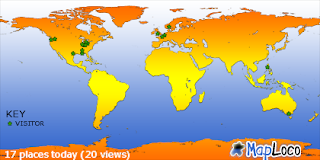 This widget tracks the cities that have visited my blogs.  It's not accurate either.  I live in Xenia.  I have had visitors from Xenia show up on it.  But I show up as Dayton.  I don't know exactly how it decides what city to register.  I've also had visitors (I can tell by the comments they leave) that don't show up at all!  Not that it's really critical anyway; I just like to see all the cities around the world that pass by my blog.  It truly amazes me that someone in Bahrain read my blog!  I'm not sure I could find Bahrain on a map if it wasn't for Google! 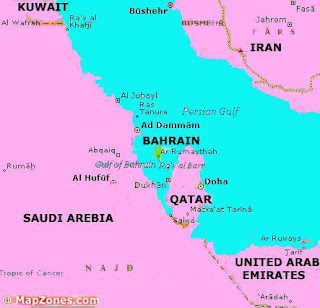 The thing about this widget that really makes me OC...  It doesn't keep the data!  That's right...  read 'em while they're there!  It updates every twenty-four hours.  That means, if I should happen to get a visitor from the space station or Mars, and I don't check it that day, I'll never know.  NEVER!

I wish I would have placed these widgets on my blog when I first started them.  Or, at least, would have started keeping track of the cities when I first got the widgets, but I didn't. until around mid-July.  I'm not sure really when I started, but it probably closely correlates with when the dust started accumulating on the furniture.    OK, maybe my priorities are a little out-of-whack.  (What exactly is whack?)

Soon, my curiosity took over...  How long would it take for all fifty states to visit my blogs?  The OCD kicked in...  I set up a spread sheet. (Not this one.) 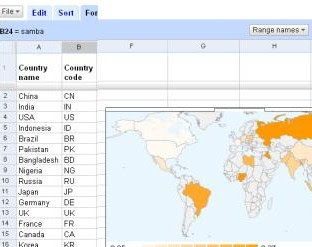 Everyday I checked the widget and recorded any cities not already on my chart.  I'm very organized, so this was a quick task.  It was going to be a temporary thing.  It didn't take long to collect a list of cities from forty states.  I found it's kinda like dieting...  the closer you get to the goal, the harder it becomes.

Since I've been logging the data, I'm still waiting for visitors from Delaware, Wyoming,  Rhode Island, and both Dakotas.   Yet, I've had visitors from Argentina to Yugoslavia.  I've actually been visited by seventy-three different countries!  Isn't that amazing?  And I'm not even one of the 'popular' bloggers!   I thought about giving up on the tracking.  Maybe I'll never have a visitor from South Dakota.

I thought about stopping when I reached a thousand cities...  Now, that time is upon me. Yes, this afternoon I crossed that threshold.  Yesterday I had reached nine hundred ninety-six world cities.  Today I had these new cities visit me:  Bhopal, India; Selfoss, Iceland; Espoo, Finland; Trabuco Canyon, CA, USA; Bydgoszcz, Poland.

Should I hang in there?  Will Delawareans get bored enough to travel to my blog?  It has been fun to share with my two oldest grandchildren (also part-time bloggers) the new countries that show up on my widget.  Although, honestly, I think they lost interest long ago.
Posted by Lillian Robinson 4 comments: