"To get the full value of joy
you must have people to divide it with."
M. Twain 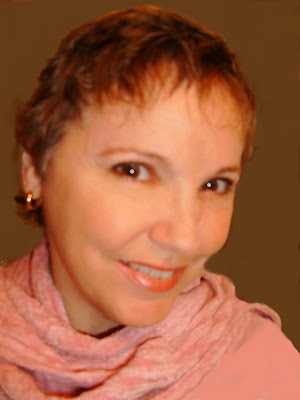 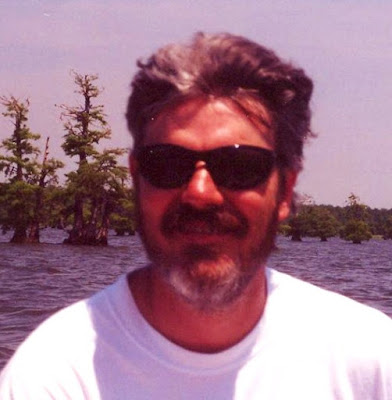 Meet my darlin' hubby, Mr J.  I wrote a post explaining his nickname.
He says you can call him anything... just don't call him late for supper!

Mr J's a foot taller than me at six-feet-five.
I tell everyone that I married him so I'd
never have to sit behind him at the movies.
We married in 2001 and retired the same day in 2006.
We've been here on the farm since 2003. 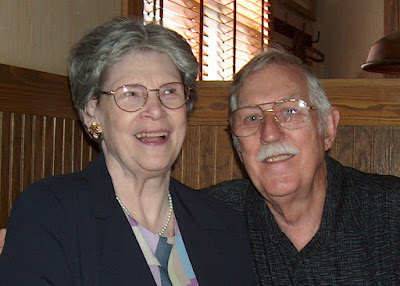 
Ray's parents came to live with us a month after we moved in,
and lived here with us for over eight years.
We built this house with them in mind, and made it
(at least their half) handicap accessible.
FIL is a WWII veteran that served in the Navy.
They are both from a long line of coal-miners in eastern Kentucky.
They have been married since 1946.
They have moved back to their prior home, as Ray's sister
and brother have both since retired, and are very close by.

Living with us for that long, you will read about them in many of my posts.
(Update: We lost Ray's parents in 2017.
J.C. passed away at home the day after their 76th wedding anniversary.
Jackie passed away in a nursing home two days later.)

My daughter blessed me with a great son-in-law and four granddaughters.

Ray's son blessed us with a lovely daughter-in-law and our first—and only—grandson!
...and then another grandgirl!

Lastly, Ray's daughter has brought another wonderful son-in-law into our family.
They now have an active pre-schooler and another baby girl due in July 2018.

The four oldest granddaughters spent a lot of their time here on the farm,
so you will also read about them from time to time.

And now that we've started a new life in Florida,
you might hear about my dad and a couple of other brothers that live down here,
as well as my mom and another brother still in Ohio.