I'm a very forgetful person. I don't remember names and faces. It gets worse as I get older. Yet, I can still remember lyrics to old songs that weren't even my favorites. I remember jingles from 70's commercials. But half the time, I can't keep my grandkids' names straight! Memory is funny that way. 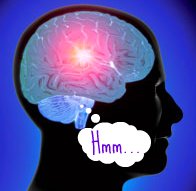 Why do we remember stuff from commercials and not our loved one's birthdays? I had to stop and think back... How many grandkids did I have ten years ago? Which house was I living in? But I remember very well... where my chair was at work... where the radio sat when we all gathered around, trying to figure out what had happened to the world we knew.

The lab I worked in was inside a factory. We had no idea if it was sunny or snowing.  Everyday in there was the same. The outside world didn't exist while we were clocked in--until that day.

It was business as usual when the clerk yelled across the room that my daughter was on the phone. She called to tell me that a jetliner had crashed into the World Trade Center tower. Bizarre. Horrible! It seemed a bit weird that it should happen there.

I shared the news with my co-workers. "Wow." "How sad." A few moments later, it was business as usual, once again. Then the second call came.

Suddenly it wasn't just a news item--it was bigger than we could imagine. The guy closest to me pulled out a portable radio and placed it up on the file cabinet. A few gathered around, but some stayed at their benches keeping an ear turned to us. Then, another plane hit the Pentagon. Nobody was working! We didn't know what to do. I remember feeling isolated--trapped in this prison of four walls that didn't let me see the outside world.

Hubby worked in another department at the other end of the building. I headed that way. Along the aisle, at every break area, there was a crowd gathered at the monitors that hung there. They usually had slide shows of company news, but that day--THAT day--the monitors were tuned to a news station. We couldn't hear what was being said over the sound of the machinery running, but the images were burned into our memories forever.

I finally made it to Ray, but I didn't know how to explain what I had seen. I didn't know what was going on. Terrorist? From where? How did they do this? And lastly, what did it mean? My step-son was in the Army.  Suddenly, we were fearful.  We knew this wasn't just a bad day in history. This was big. This wasn't over. More lives would be lost...

We didn't go to work the next day. Ray was so worried about his son that he just wanted to go up to the farm and cut wood. We had this property, but hadn't built on it yet. We had cleared some trees from where our driveway would be. Peace was to be found out here in the solitude. We loaded some tools and headed out.

It was a beautiful day. The sky was bluer than I had ever seen. There were no jet trails to cloud it. Even though it was clear and bright, it was eery. Every time I looked to the sky, I thought about the reason for the blueness.

Watching other countries react to the latest acts of terrorism had never hit home before. We were safe! We were the United States! That stuff didn't happen here!  But it did happen here.

Something else happened here that day. Heroes were born of common folk. Everybody had something in common. For once in a very long time, the people had common ground--a reason to pull together. Everyone focused on the same outcome. We were one. One nation, under God, indivisible.

Do you remember how strange it was the planes didn't fly and how STRANGE it was when they did fly...listening to all of it on TV and all the people say if a jet does something that is perceived as not quite right they are on edge....me too. Cropdusters are the pits...

How true what you write here. Of some memories being seared into our brains better than others, of history intruding cruelly in our lives. Fear. A sense of loss. Heroes stepping up.

A day to remember.

Nice to see you again Lily, it's been awhile since I've seen a post from you.

Isn't it weird how we remember every detail of that day? Where we were, what we were doing, what room we were in, the layout of the room. I even remember what shirt I was wearing. It's like a moment frozen in time, and etched into our memories forever. The day the world changed. The day our freedom and way of life were attacked. The day we'll never forget.

Peace to you on this day of remembrance.

You have a fabulous blog! I’m an author and illustrator and I made some awards to give fellow bloggers whose sites I enjoy. I want to award you with one of my homemade awards: the Brilliant Writer Blog Award. There are no pass along requirements. This is just to reward you for all the hard work you do!

Go to http://astorybookworld.blogspot.com/p/awards.html and pick up your award.
~Deirdra