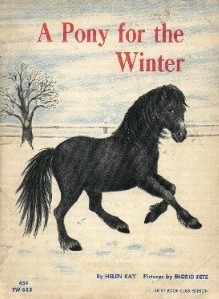 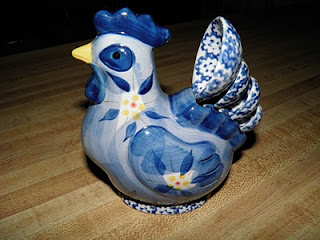 BTW... That's Mr J's voice you hear calling to Nekoda. She was upset that I took her BFF Maggie for a ride.

I never wanted a pony when I was growing up, instead I wanted a dolphin - just like Flipper. I had the whole thing planned. He would live in our bathtub. Alas! Unlike you, I never got my fondest desire. Thank goodness. Can you imagine sharing the tub with a big porpoise.

Little girls and horses...I was the same way. I used to send my drawing in the DRAW ME contests in hopes of earning the money to buy my own horse. I entered a contest to win a race horse...

Finally, at age 17, I bought a roan gelding, 17 hands high from a family who filed bankruptcy, for $40. Paid out of my babysitting money and working part time at May Co.

I named him Rusty and kept him about a year. Because I worked so much, my younger sister rode him more than I, but I footed the bill.

When I sold him, I doubled my money... but have always held a special spot in my heart for horses.

I was never one of those kids who wanted a pony. But unlike Rae, I didn't want a dolphin, either! It was perfect for me to have a dog, as unexciting as that was to others, I loved my collie.

My dreams were your dreams but I never read your book...now I want to find it!

We have to ride together next spring, lily...before I get too old!!!!!

Now there's a new book idea for you — The Low Down on a Pony for the Winter. Ha! Then all those folks who think it's a breeze to own a horse, would get the full scoop (and I'm talking dumplings, lol).

We never owned a pony, but grandpa and other family members did. I got to ride to my heart's content when we visited Georgia each summer and settled for the local stables when we were at home. Now it's been so many years I'm content to stop in and visit with yours.

I never was a little girl wanting a pony, but I remember having all sorts of romantic thoughts and wishes from books I would read. Still do. Books just can take us off into another world, can't they. A good book will do that.

Bless you for taking such good care of your horses. I'm so glad they have a barn. I always worried about the horses in sub-zero temps in Minnesota.

I always wanted a horse and finally got one for my 13th birthday. It is the only present I remember from my childhood. :-)

Hope you win the blue chicken!

This post brings to mind a horse or pony book I had long ago which I reread many times, but now I can't remember the title!

My childhood was spent in a large city, and ponies weren't on my mind (with the exception of this book I can't recall).