A little house with three bedrooms and one car on the street.
A mower that you had to push to make the grass look neat.

In the kitchen on the wall we only had one phone,
And no need for recording things, someone was always home.

We only had a living room where we would congregate,
Unless it was at mealtime in the kitchen where we ate.

We had no need for family rooms or extra rooms to dine,
When meeting as a family those two rooms would work out fine. 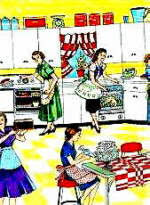 We only had one TV set, and channels maybe two,
But always there was one of them with something worth the view.

For snacks we had potato chips that tasted like a chip,
And if you wanted flavor there was Lipton's onion dip.

Store-bought snacks were rare because my mother liked to cook,
And nothing can compare to snacks in Betty Crocker's book. 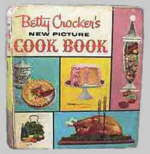 Weekends were for family trips or staying home to play,
We all did things together -- even go to church to pray.

When we did our weekend trips depending on the weather,
No one stayed at home because we liked to be together.

Sometimes we would separate to do things on our own,
But we knew where the others were without our own cell phone.

Then there were the movies with your favorite movie star,
And nothing can compare to watching movies in your car. 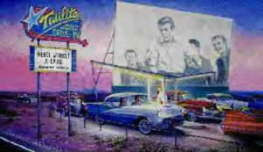 Then there were the picnics at the peak of summer season,
Pack a lunch and find some trees and never need a reason.

Get a baseball game together with all the friends you know,
Have real action playing ball -- and no game video. 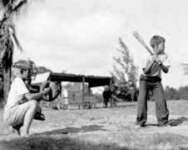 Remember when the doctor used to be the family friend,
And didn't need insurance or a lawyer to defend? 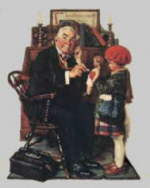 The way that he took care of you or what he had to do,
Because he took an oath and strived to do the best for you.

Remember going to the store and shopping casually,
And  when you went to pay for it you used your own money?

Nothing that you had to swipe or punch in some amount,
Remember when the cashier person had to really count

The milkman used to go from door to door,
And it was just a few cents more than going to the store. 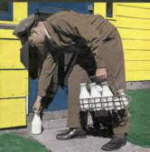 There was a time when mailed letters came right to your door,
Without a lot of junk mail ads sent out by every store.

The mailman knew each house by name and knew where it was sent;
There were not loads of mail addressed to "present occupant."

There was a time when just one glance was all that it would take,
And you would know the kind of car, the model and the make.

They didn't look like turtles trying to squeeze out every mile;
They were streamlined, white walls, fins, and really had some  style.

One time the music that you played whenever you would jive,
Was from a vinyl, big-holed record called a forty-five.

The record player had a post to keep them all in line,
And then the records would drop down and play one at a time.

Oh sure, we had our problems then, just like we do today,
And always we were striving, trying for a better way.

Oh, the simple life we lived still seems like so much fun,
How can you explain a game, just kick the can and run

And why would boys put baseball cards between bicycle spokes,
And for a nickel red machines had little bottled Cokes?

This life seemed so much easier and slower in some ways,
I love the new technology but I sure miss those days.

So time moves on and so do we, and nothing stays the same,
But I sure love to reminisce and walk down memory lane.

That pretty much covers everything I remember from my childhood, it is nice to take a walk down this lane ever so often. I was having a conversation the other day with someone about counting change to customers, no one knows how to do it anymore.

But while it's nice to look back I don't want to go back, I do love all the technology.

Lily,I just love the good old days,nothing like it and I miss the simple life with it's slow pace and loads of family time.
Technology is good but I hate how busy we've become.