A Day Off the Farm

Today, our church sponsored Community Fest. We like to do fun things to involve the neighborhood kids.  I promised that Mr J and I would bring a couple of horses out for the event.
Someday, when I'm filthy stinking rich, I'll have one of those fancy trailers with living quarters up front.  Until then, I'll settle for the stock trailer.  Here's the rig, ready and waiting...

They had lots of inflatable play things. 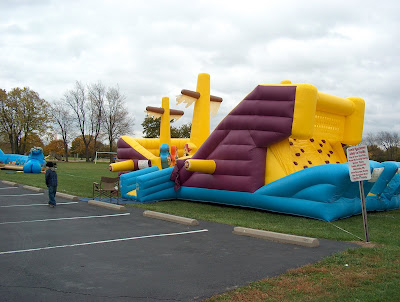 Simulation only... not a REAL pirate ship.
I wish I had a picture of the one out front.  I didn't see it until we were leaving.  The kids were having a blast on it!  It looked like there was something in the middle to stand on, and you knocked your opponent off into the pit.  Something like this... 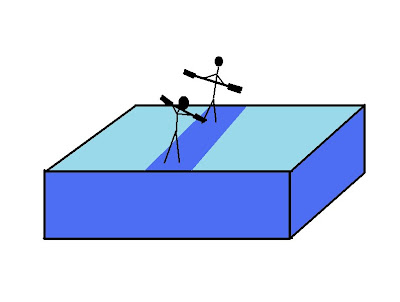 Someone had a couple of wagons hooked up for a hay ride around the fields. 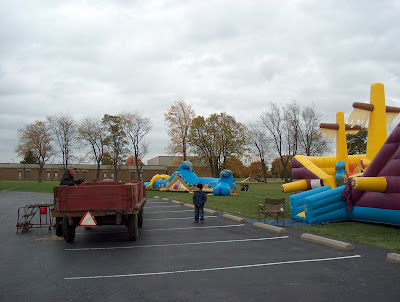 Nekoda and Buddy were looking good and on their best behavior for the event! 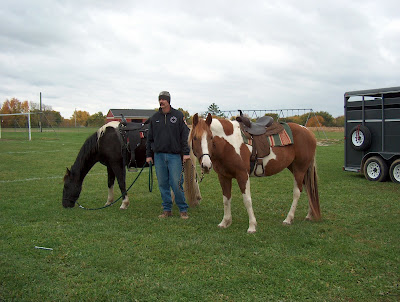 They didn't like having to stay in their stalls for an hour beforehand... 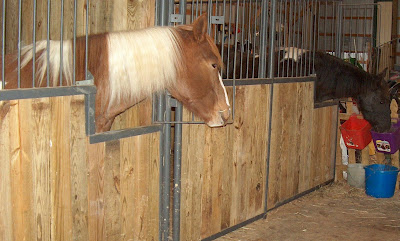 I brushed them out and detangled their manes.  I wasn't about to let them out to roll!
They weren't the only horses there... 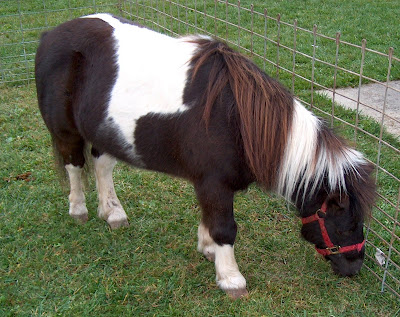 There were a couple of minis on hand for the kids to pet.
There was even a pony pulling a cart!  The pony wasn't thrilled to hook up! 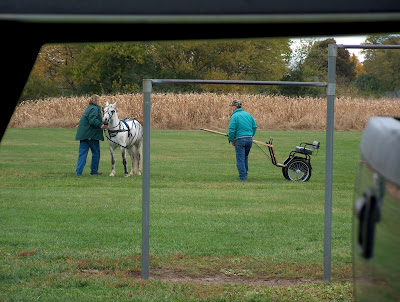 I had a perfect view of the action from under the nose of the horse trailer.

The kids had a blast.  It was cold and my joints are complaining now.  I'll probably be sore tomorrow from lifting all the big kids up into the saddle, but it was worth it.  I've never seen so many big smiles in one day!
Posted by Lillian Robinson

What fun! I love the pictures of your horses, and the little shetland (?) too. Thanks for sharing this, Lily. Hope you're not too sore tomorrow...

What a fun day. Nekoda and Buddy got to be celebraties. I love fall fests like that. I wish I could have seen it.

Looks like great fun! Your "rig" looks plenty fancy to me, no rust and lots of paint.

Memories to last a lifetime. What a wonderful thing you did! No better gift you could give.

What kid doesn't dream of sitting on the back of a horse and riding?...

How much fun. And so rewarding too when you see those smiles on little faces.

The laughter and fun we share with children is sooo priceless, Lily.
I bet horses had a good time too.

Oh how I love that little pony...too cute! Looks like a fun time for all! ~Liz

P.S. Thanks for the congrats on my award.

What a fun day. Nekoda and Buddy got to be celebraties. I love fall fests like that. I wish I could have seen it.
Work From Home